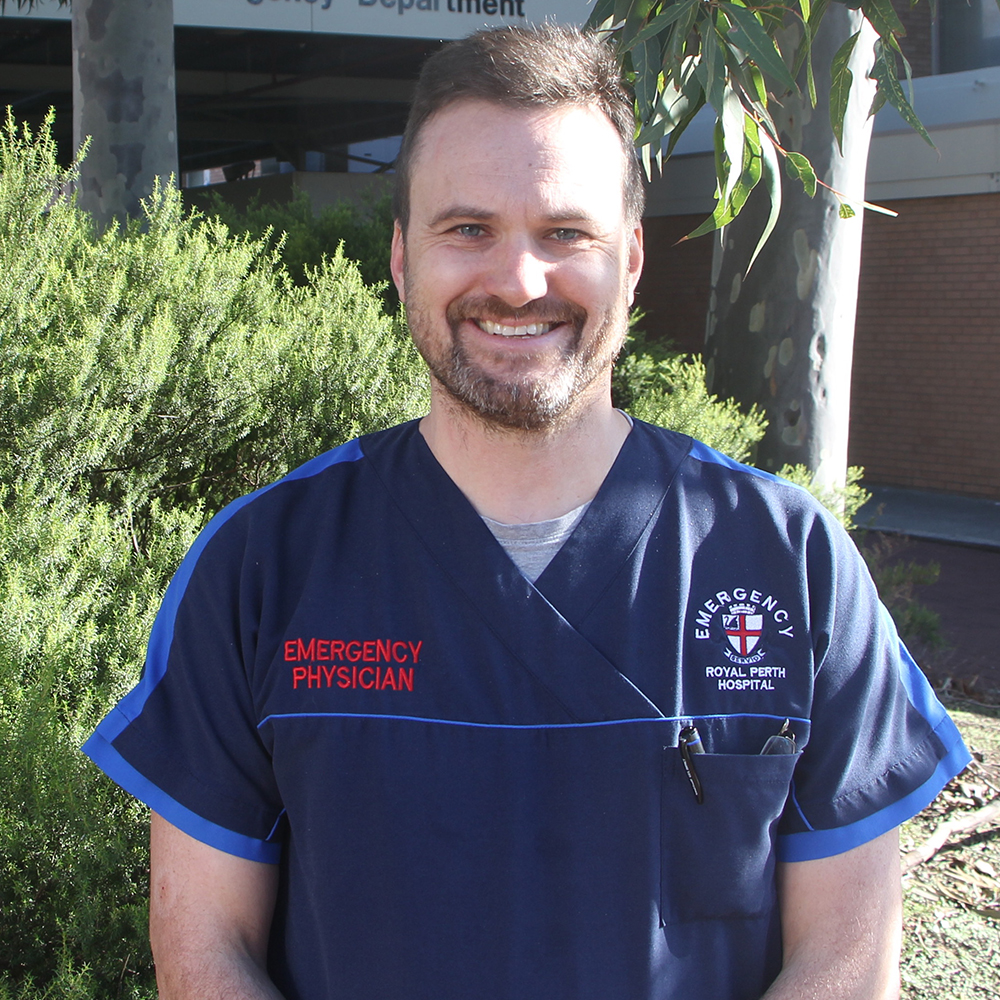 Inspiring sepsis initiatives around the world

FACEM Dr Stephen Macdonald has a passion for research which has seen him recognised on the world stage.

“I am very honoured to receive this international award from the Global Sepsis Alliance,” Dr Macdonald said. “This recognises the research into sepsis we are undertaking in Emergency Medicine. This is very much team effort and includes a number of ACEM Fellows and collaborators from other disciplines across Australia and internationally.

“Sepsis is a major health problem and the subject of major research and advocacy efforts around the globe. To be recognised among so many dedicated and talented individuals working to combat this disease is very humbling.”

The work Dr Macdonald is undertaking at the Centre for Clinical Research in Emergency Medicine in Perth includes laboratory research and clinical studies on the floor of the emergency department. Using a biobank of blood samples collected from critically unwell patients presenting to the emergency department, Dr Macdonald and his team have studied the inflammatory response during early resuscitation including the role of the endothelium in the development of septic shock.

This work was partly funded by a New Investigator grant (now called The Al Spilman Early Career Researcher Grant) Dr Macdonald received from the ACEM Foundation. “This led to an interest on the effect of fluid resuscitation and we have recently completed a pilot randomised trial comparing different fluid volumes in sepsis resuscitation,” Dr Macdonald said. “This has in turn led to productive collaborations with colleagues in Intensive Care Medicine with whom we aim to undertake a large multi-centre international trial to determine whether giving less fluid in early septic shock leads to lower mortality and morbidity.”

Sepsis, which arises when the body’s response to an infection injures its own tissues and organs, accounts for an estimated 6 million deaths worldwide, and 4000 deaths each year in Australia, as well as substantial morbidity. The costs to the community are significant. “If recognised early, sepsis is treatable with antibiotics and patients will recover fully, but it can be difficult to diagnose, or patients can present late when treatment can be less effective,” Dr Macdonald said. “In addition a number of established treatments used in early sepsis such as fluid resuscitation have a weak evidence base.

“As a clinician it is frustrating to me that we don’t have good diagnostic tools, while some of the interventions we deliver may be of uncertain benefit. So I decided I wanted to try and do something about this. The majority of community acquired sepsis in Australia and New Zealand is admitted via the emergency department, and it is our specialty who are on the front line of diagnosis and early treatment decisions. So it seemed obvious that we need to own this and actively pursue the research questions relevant for our patients, in conjunction with our colleagues across the spectrum of patient care.”

Asked what advice he would give to colleagues about pursuing research, Dr Macdonald said, “research is a team sport and I am fortunate to have a great team around me and have benefited from the generosity and expertise of innumerable senior colleagues. Find a mentor. Set yourself realistic goals. Be prepared to work hard and play the long game. Most of all enjoy yourself – it is a uniquely rewarding endeavour.”

He added: “Research is the foundation of clinical practice and developing our own research base is essential as Emergency Medicine matures as an independent specialty. I am fortunate to work in a hospital which places a high value on research in the emergency department and sees this as an integral part of high quality clinical care.

“In Australia and New Zealand we are well placed to drive our own research agenda in Emergency Medicine. I believe that my receiving this award recognises that recruiting sepsis patients into clinical research studies at the earliest stage of their treatment in the emergency department is the key to delivering better patient outcomes. This is something which as a specialty and college we can all be proud of.”

Dr Macdonald will be presented with the award in October at the International Sepsis Forum meeting in Thailand. He also collects $2500 prize money.